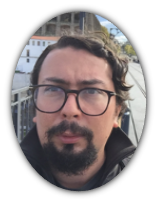 My research interests deal with ergodic theory, dynamical systems, number theory and statistical mechanics. I am mainly interested in the study of transfer operators, problems of selection and non-selection at zero temperature and its applications to solve problems in ergodic optimization and optimal transport. I am also interested in the relations between non-integer expansions of real numbers and symbolic dynamics and its consequences in the study of typical problems in statistical mechanics.